Wham Bam Jewel is a boss in Kirby Super Star Ultra. It appears as the final boss in "Helper to Hero" mode. Wham Bam Jewel is an enhanced version of Wham Bam Rock. He does a more powerful punch attack sometimes and he usually does it two times every time he uses it. His hands wave side to side after he smashes the ground, so it's harder to hit him. Wham Bam Jewel also drops bombs out of his hands, which are like regular bombs, they do the same amount of damage, and he usually does it when he looks like he's gonna do the punch that Wham Bam Rock did. 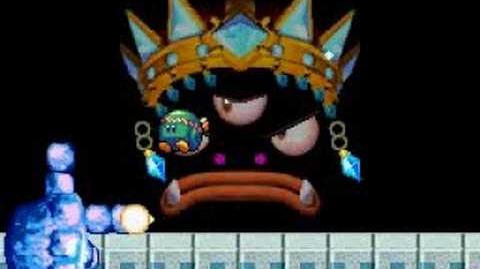