Vermilion City is a fictional city in the Pokémon series located in the Kanto region and has appeared in the first, second, third, and fourth generation games. It serves as the location for the third Gym, whose leader is Lt. Surge. It is situated next to a sea inlet to the south making it a popular sea port for ships. Among them is the S.S. Anne which sails around the Pokémon World and returns to Vermilion once a year. The S.S. Aqua regularly sails from Olivine City in Johto to Vermilion Harbor. A series of boats called the Seagallop Ferries also sail to the Sevii Islands. 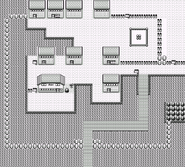 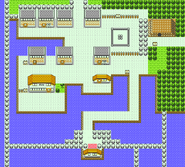 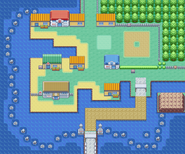 Retrieved from "https://nintendo.fandom.com/wiki/Vermilion_City?oldid=564824"
Community content is available under CC-BY-SA unless otherwise noted.