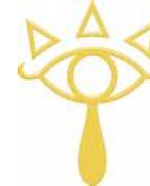 Please stopping adding World of trophies to each character in Brawl as this is its unofficial name and it refers to locations in the Subspace Emissary. Calebddd 18:33, August 12, 2011 (UTC)

Yes, that may be true but World of Trophies is a location. For Mario enemies you wouldn't put Mushroom Kingdom on every page or Hyrule on every Zelda related page. I don't see why World of Trophies should be a category for the characters in the same way. You can create a page about it like you already did and put a list of everything on that page but don't put up the categories World of Trophies on every character. You could keep it on pages like Midair Stadium because that is a location in World of Trophies (don't put it on normal Brawl stages however). Calebddd 18:51, August 12, 2011 (UTC)

Wow I just realized that most of the megaman game pages are nearly blank, now I have something to do.

I don't think there is a full version, they just update the demo version until it is done.

Yea I think that is the only version availible.

Just keep trying and eventually it should work, also if you leav a message on my page could you sign it so I knw its you.

I think you can only unlock Black Mage.

But World of Trophies isn't a official name, using it makes no sense. I will create "The Subspace Emissary locations", anything else is just stupid.

Btw, you do realize that I'm pretty much the main admin here, right? Don't undo my edits without making sure with me first (unless it's spelling mistakes etc.). It's okay to disagree with me, but explain yourself first and wait for my answer. - Ville10 21:03, August 16, 2011 (UTC)

I figured out how to correct outdated templates.

I officialy changed the currency to Gold,and on the wiki I made an image of what it looks like + concept art.

Hey. Want to join videogameresource.wikia.com? It is a video game wiki that contains anything about video games that could use a lot of help y'know. Just saying. I was sent by ISodium, the creator to tell some of you this and I accepted to do so. Thank you. Conker's Bad Fur Day 13:19, September 1, 2011 (UTC)

Check out what I added to Fanadopts.

They're not that expensive, they are only 500 Gold, try using the CE for a bit. Also it hatches at level 10 into one of five colors.

Those were from a test I ran so they aren't planets, I was going to delete them but I forgot so I will delete them now.

"You just gave Kalamari one LevelUP Point. Be sure and come back again tomorrow to feed this adoptable."

This is my latest project

I'd suggest Animal Crossing: City Folk, I assume it has better gameplay.

I didn't create the page, I just added in that it is a stub and needs an image if it eventually becomes a game.

Find a page with the image and click on it to find the link and put it in the image section as [-[image:image url here]] (remove the -).

Chck this out: Fire Emblem Page

Here is a Fire Emblem page I made and am working on.

What do you think of it?

I was just watching a doctor who episode and I noticed that in the background the rickroll was playing.

Check this out. And this.

Congratulations Sheikah warrior, you have won the Sandbag Badge!

First livestream is at 1PM EST

Congratulations Sheikah warrior, you have won the MASB4C Contest Badge!

I just found a report card online that is about me. It is here: http://osrc.dfm.io/rocketslime11 Note: I did not make it, it was generated by a computer I would guess.

That is an explanation of most of the stuff. It is from a website which takes data from a code storage/distribution website that I use called GitHub and turns it into basically a text representation of it. ~Rocketslime_1_1 (Talk | Wall | Contribs) 20:49,1/18/2014

I've been doing a bit more 3D modeling lately. I did some fan art for on popular flash game, and the creator of the game featured the art on the game's Facebook page. (https://www.facebook.com/CrystalStoryGame) You can check out the other ones I've done at http://excaliburzero.deviantart.com/gallery/ Most of it is game fan art.

Also, have you done any more work on your book?

I'm not sure what the last I read of it was.

Lately I've been playing a megaman rpg fan game online. I recommend you check it out. It is at http://rpg.megamanpoweredup.net/

Retrieved from "https://nintendo.fandom.com/wiki/User_talk:Sheikah_warrior?oldid=381630"
Community content is available under CC-BY-SA unless otherwise noted.