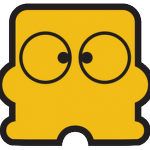 -The staff of Nintendo Wiki

Can I ask you to put in the categories Nintendo people and Composers when you make your pages? It gets rid one item of tedium for me. If you can, also put a head template with the type as person

OK, I'll do that from now on, sorry for any inconvenience haha

According to the credits of the game (that got leaked on Kyoto Report ), he appears under "Sound" with other staffers. I'm assuming he did music with Minegishi and Fujii and the other three did SFX / programming but maybe it's too early to know. RBM (talk) 15:00, July 9, 2017 (UTC)

How do you know which music composer composed each track?

Hi, sorry if I'm bugging you, but I've been looking up histories of music composer pages, and I found out that you're the one who adds the music track credits. How did you know which composer composed each track, even without an official soundtrack which shows credits? Ex. New Super Mario Bros. series did not release a soundtrack album at all, so I can't find any other citations of which composers specifically made the music tracks. I'd be grateful for a response. Ryu and Ken and Akuma 07:01, August 21, 2017 (UTC)

Sorry, but I'm not the one adding info that it's not confirmed. I'm adding music tracks for games that either have official confirmation (through game soundtracks, sound tests, interviews, etc.) or only have one composer (hence he/she made all the music), but there are some other users that are adding "song guesses" (they do that so often that I don't want to bother correcting them every time). If you want accurate info about which correct songs by composers I suggest checking up sites like VGMdb, they have fully accurate info there. RBM (talk) 11:23, August 22, 2017 (UTC)

Which Songs did Alistair Lindsay compose for Jet Force Gemini

Sorry, I don't know if you were trying to ask me, but I can't know that specific info for sure unless it gets officially confirmed. I personally don't want to spread uncertain info on the wiki. RBM (talk) 18:05, October 29, 2017 (UTC)

Who Arranged the Music for Dragon Palace

Please read what I just answered you. There's no way I can know that. I advise you stop asking me or other users about specific composers, if Nintendo doesn't reveal that information we can't know for sure. RBM (talk) 18:16, October 29, 2017 (UTC)

Who Composed the Title Theme from Pokemon Stadium?

Which Songs does Toshiki Aida compose for Mario Party 10

​* If You Know which songs that he composed add them on to Toshiki Aida's Page.

So I made a template to navigate around the Hugo content I've made (here's the Template) However this causes a weird glitch with the wiki activity on the side of the screen, if you know how to fix this, then please do, I'm sorry about this mistake.

I don't really know too much about how to edit or fix templates on Wikia, so I'm afraid I can't be of much help in this case. However, I'm checking the page on desktop and the "Recent Wiki Activity" section seems to be fine at the moment. RBM (talk) 20:57, August 26, 2019 (UTC)

Retrieved from "https://nintendo.fandom.com/wiki/User_talk:RBM?oldid=489386"
Community content is available under CC-BY-SA unless otherwise noted.