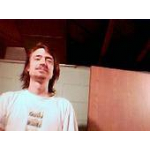 -The staff of Nintendo Wiki

Koopa and Koopa Trooper are not the same exact thing

So would you mind if I moved all the content from the current Koopa page to the Koopa (Species) page or are you planning a more complete overhaul, dividing up that page

Ah this is nice me and you are doing a colaboration. Ok this is what i need. i "do not" want Koopa to be completely moved into Koopa Troopa (Species) I only want the information about Claasic Koopa Troopas from the first few games. The reason why Koopas needs to be Disambiquated is becuase it has alot of information in there thats not related to Koopas as a Species but instead talks about characters and stuff. and then on the categoraization it also says its about characters. And rocket slime says that the page has to pick one or the other. Koopa has to be either a Species page or a character page it can be both. and becuase its ment to be a Species page much of the other information has to be moved elseware to other pages that are more specificly related. Promethius20 (talk) 23:56, June 2, 2014 (UTC)

I noted Koopa Trooper got expanded in recent years sine 2014 to include other games after the original first few games. This is very nice, To be fair though Koopas are not a species there actually a entire species family. but regardless i like it when things begin to get a little disambiq.'ed casue then it creates more of what i call "wikia diversity" Promethius20 (talk) 00:22, July 18, 2016 (UTC)

The thing is , is that i need you to do a good job on this project. many of the Ability and attack pages on this wikia still have not been fully categorized and some might even have wrong category. I created a few attack pages to get you started but i want you to really make these more impressive categorys. Promethius20 (talk) 11:45, August 17, 2014 (UTC)

Yesterday i seen you create your very first Attack Page Called Boomerang Attack. that was nice work. but the page still is not finish there is no Pictures. A good way to find pictures is to go on Youtube and find some pictures. thats how i found that Picture i used for the Invincible attack (Mario) page. if you are able to find a picture for several nintendo characters using boomerangs then you can create a new section to the page called Gallery. Promethius20 (talk) 09:42, August 29, 2014 (UTC)

what happened to the Boomerang Attack page? I thought that was a very significant attack page. theres a badge for the attack pages called "Boomeranger" it shows a picture of Link throwing a boomerang. this badge is given if one makes 50 edits to attack pages. So whats this deal? are we getting reid of the attack pages as a concept or we just dont like boomerang attack as a concept? Promethius20 (talk) 18:58, October 29, 2014 (UTC)

I have no idea what happened to it. I did not get rid of but it might have been one of the other admin's. Dose it say that it was deleted? If so it will tell you why. But it might be due to the page being moved.Starfox u (talk) 21:07, October 29, 2014 (UTC)

I have a question when will announce Naruto Shippuden: Ultimate Clash of Ninja English version for Nintendo Wii U in 2014 or 2015 simular Naruto Shippuden: Gekitou Ninja Taisen! Special. Alexribeiro.soares.7 (talk) 20:33, October 16, 2014 (UTC)

Retrieved from "https://nintendo.fandom.com/wiki/User_talk:Promethius20?oldid=361954"
Community content is available under CC-BY-SA unless otherwise noted.