I recently had the amazing opportunity to play a couple of demos for the HD remake of The Legend of Zelda: Wind Waker for the Wii U, and it being my favourite Zelda title, I thought I'd share my thoughts on it. 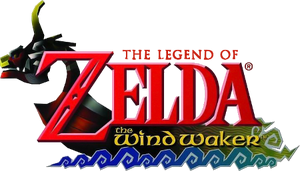 The first thing I noticed was just how gorgeous this game is. Seeing the updated version directly alongside the old GameCube version made the difference palpable. The cartoony cel-shaded graphics still stand the test of time, but the new visuals take a pretty game and make it even more beautiful with brighter colours in glorious high definition.

The most obvious change of course, is the use of the Wii U GamePad. Like Ocarina of Time on the 3DS, this game has benefited greatly from the inclusion of touch screen controls. The map, inventory, and bottles screens can all be accessed from the game pad's touch screen, helping maintain the flow of gameplay, a problem that has affected a lot of the 3D Zelda games. Dragging items to quick select slots also helps to speed up the process, which means more time bashing Darknuts and less time navigating menus. Of course, the player can also just switch to game pad entirely on the fly, which is really convenient. 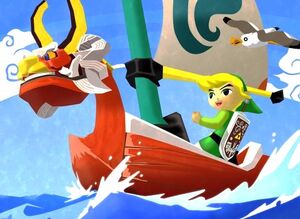 In addition to the GamePad and the improved graphics, there are some neat new features as well. One such feature is the ability to move at different speeds with your boat, making sailing on the high seas a faster experience. For players who found the exploration a bit dull, this is for you. The biggest, entirely new, addition however, is the "bottles" system, which allows players to uncover messages in bottles along the shoreline. These can be sent by other players through MiiVerse in the same way players can find and leave messages on the ground in Dark Souls. This seamless integration of multiplayer in a single player game, pulled off in such a clever way that fits with the theme is one of the biggest reasons to get excited for this HD remake.

The Legend of Zelda: Wind Waker HD launches this October exclusively for the Wii U.

Retrieved from "https://nintendo.fandom.com/wiki/User_blog:The_Milkman/_The_Legend_of_Zelda:_The_Wind_Waker_HD_E3_Demo_Impressions?oldid=283555"
Community content is available under CC-BY-SA unless otherwise noted.