The Wii U's launch titles show an interesting trend, with several of the games being previously released/recently released third party titles. The Wii U's approaching to controller design allows for some interesting opportunities within GamePlay, and several titles are being re-released onto the console. Just what can we expect from the Wii U versions of these games? Are there enough added features to warrant a full second purchase? Or are the additions gimmicky and generally unneeded?

Let's take a look at some of these third party titles and gauge the changes and additions brought forth by their Wii U versions. Be sure to vote in the polls to tell us whether the Wii U editions of these games warrant a purchase or not! 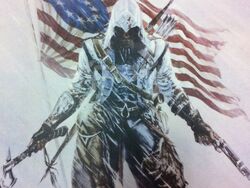 The Wii U GamePad allows for alternate control schemes, including a quicker access to in-game menus. Assassins Creed III also supports remote play, which means that players can play the game entirely on the handheld screen when the main television display is turned off. The HUD can also be removed from the televsion display, allowing for a clear view of the game without the inclusion of various on-screen prompts or icons. 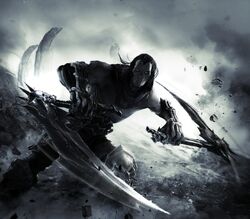 The Wii U release of Darkstalkers II will support a full range of new control options. The GamePad will be used to access inventory and special abilities. Remote play is included with this version of the game as well. The game will include various DLC releases on-disc, including Argul’s Tomb, Death Rides, Angel of Death & Shadow of Death, and Deadly Despair.

Call of Duty: Black Ops II on the Wii U will incoprate the Wii U GamePad to display weapons, ammo, map, and objectives on the separate screen. The game will feature local competitive multiplayer, with one player using the GamePad screen and the other using the traditional television set. The tablet controller can be used in online multiplayer, where it will constantly display additional details of the match in progress. 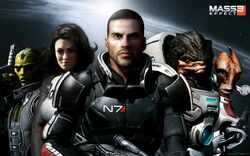 The Wii U GamePad can be used to issue commands to squadmates and to help select your attacks. The Wii U version will include various DLC releases, including “From Ashes” the “Resurgence Pack”, “Rebellion Pack”, and “Earth”. The M-597 Ladon weapon will be included as well. The game will also include the Mass Effect: Genesis interactive comic.

The Armored Edition of Batman: Arkham City will add several new features for Batman. The GamePad provides instant access to the BatComputer. This allows players to always be a step away from setting waypoints, customizing the gadget loadout, and get intel on enemies. The GamePad includes the new sonar feature, which allows players to scan for enemies from a distance. The all new BAT mode, a new meter that fills up in combat. Once the meter is full, Batman will power up and be able to deal more damage.

Ninja Gaiden III is the third installment of the stylish hack-and-slash series, developed by Team Ninja. The game will include a new playable character, the female ninja Ayane. She is set to have her own set of exclusive story chapters, weapon sets, and Ninpo attacks. More playable characters will be announced as DLC after the game launches. The Wii U version will also introduce three new weapons. The amount of Ninpo has ben increase from one to three. A progression system is also being added into the game. Karma points can be earned during gameplay and players can use these points to upgrade their Ninpo and weapon, or learn moves, increase HP, and unlock costumes.

Players can play as either Ryu or Ayane in cop-op mode, and a new mode entitled “Test of Valor” will be added. These are hidden areas that are scattered throughout the various chapters.

Players can also use the GamePad to easily switch weapons or Ninpo attacks. The controller’s screen can also be used to reference button inputs for combos.

Retrieved from "https://nintendo.fandom.com/wiki/User_blog:TheBlueRogue/Wii_U_Port_Comparisons?oldid=386746"
Community content is available under CC-BY-SA unless otherwise noted.