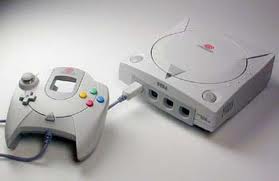 Nintendo Japan has confirmed it will release a new game console- dubbed by gamers as Project Cafe- in 2012. It will be announced and playable at E3 this coming June and is said to be "significantly more powerful" than the Xbox 360 and Playstation 3.

"We will show a playable model of the new system and announce more specifications at the E3 Expo, which will be held June 7-9, 2011, in Los Angeles," the company said in a brief statement. Have no worries- multiple sources say the console will be backwards compatible with current Nintendo Wii titles. The console is also rumored to utilize a new, tablet-shaped controller, will have a 6-inch touch screen display, dual analog sticks, and has the ability to stream content directly from the console.

This is very exciting news, don't you think?

Retrieved from "https://nintendo.fandom.com/wiki/User_blog:Bchwood/New_Nintendo_Console?oldid=166750"
Community content is available under CC-BY-SA unless otherwise noted.