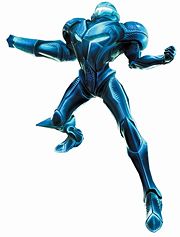 Metroid fans might be in luck! According to UK media personality Jonathan Ross, Nintendo may be announcing that their updated DS, the 3DS, will be getting a Metroid game! So get ready for Samus in 3-D!

In a Twitter exchange covered by IGN, a fan told Ross that while he "[didn't] expect [Ross] to spill anything," he had his "fingers crossed for Metroid." Ross wrote back, "I think you're going to be pleased then..."

Ross, by the way, may best be known to gamers for accidentally announcing Fable III...

So stay tuned for news from Nintendo's upcoming announcement this Wednesday. The gaming giant is expected to give us more details about the launch of the 3DS at simultaneous events in Europe and North America!

Retrieved from "https://nintendo.fandom.com/wiki/User_blog:Babyjabba/Metroid_on_Nintendo_3DS%3F?oldid=148898"
Community content is available under CC-BY-SA unless otherwise noted.