The Wizard is a movie that was released in 1989. It heavily featured many Nintendo games and products.

The film follows the journey of a group of 3 young kids who travel half way across the country to compete in a video game tournament at Universal Studios Hollywood. During their trip, they encounter bullies, truck drivers and other obstacles that get in their way. At the same time, they are being pursued by their parents and a bounty hunter.

The film features numerous Nintendo Entertainment System games (Super Mario Bros. 3 being the most prominent) and products. Super Mario Bros. 3 was the game featured in the final round of the championship in the film. It had not yet been released publicly, so this was the first look audiences had of the game.

The NES and Power Glove make appearances in the film. The games featured in the film are:

The film received mostly negative reviews. Siskel and Ebert called it "a cleverly disguised advertisement for the Universal Studios tour and Nintendo games" due to the product placement, while Leonard Maltin gave it a two star rating, remarking that it felt like it borrowed heavily from the more popular films Rain Man and Tommy. Despite the bad reviews, it has gained a cult following over the years.

All video releases of the film were released by Universal Studios Home Entertainment unless otherwise noted.

A 2-disc Collector's Edition Blu-ray set will be released by Shout! Factory on March 24, 2020. It will contain an audio commentary by director Todd Holland, deleted scenes, trailers, retrospective featurettes, and a photo gallery. 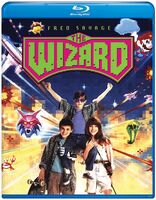 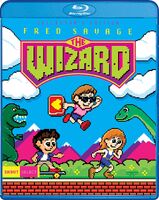 Retrieved from "https://nintendo.fandom.com/wiki/The_Wizard?oldid=542356"
Community content is available under CC-BY-SA unless otherwise noted.