The Verge of History

The Verge of History is the prologue chapter of Fire Emblem: Awakening.

As the prologue begins, Avatar is woken up by Chrom, Lissa, and Frederick. Avatar thanks Chrom, but surprised by the odd fact that he somehow knew Chrom's name, however he can't remember his/her own name or where he/her is. Lissa points out that the Avatar may have amnesia, but Frederick suspects that there is something suspicious going on. The Avatar says that he isn't lying, and Chrom believes him. Frederick tells Chrom to be cautious. Chrom then asks Avatar to follow them to town and that they will talk more when they reach the town.

Later on the Avatar asks Chrom what is going on and if he/she is a prisoner. Chrom tells Avatar that he/she is free to go once they establish that he is not an enemy of Ylisse. After the Avatar inquires into what Ylisse is Frederick becomes more suspicious of him/her, but Chrom tells the Avatar that this land is the Halidom of Ylisse and it is ruled by the exalt, Emmeryn. Chrom also decides that proper introductions are in order, so Chrom, Lissa, and Frederick "the Wary" introduce themselves. The Avatar learns that they are The Shepherds, but mistakes them for actual shepherds and is surprised that they are wearing armor. The Avatar then remembers his/her name. Lissa then notices that there is smoke coming from Southtown, and the Shepherds head to the town to fight off the brigands that are raiding the town, leaving Avatar behind.

When they reach the town they see the brigands raiding the town, led by a barbarian named Garrick. Then Avatar catches up to the Shepherds and decides to help them fight off the bandits. Avatar realizes that he/she can see statistics of people and items on the battlefield, and he/she can use swords and tomes. Avatar also suggests that they heal themselves if they get injured, by using staves or healing items. He/she also remembers that if two people fight side by side then they get a stat benefit for doing so.

After defeating the brigands Lissa, Chrom, and Frederick are surprised of all of the abilities that the Avatar has. Frederick then asks the Avatar how he/she came here, and the Avatar says the he/she doesn't know why only some parts of his/her knowledge is coming back to him/her, but he/she has shared all that he/she knows. Chrom says that he knows enough that he need to know, since he knows that Avatar has saved lives. Frederick asks Chrom for what objective reasons he trusts the Avatar, and Chrom replies that the Shepherds could use someone with the Avatar's talents, because of their many enemies, and that he believes his/her story. The Avatar thanks Chrom for his trust in him/her, and at Chrom's request he joins the Shepherds.

Frederick tells Chrom that the brigands spoke with a Plegian accent. Chrom tells the Avatar that Plegia is the land west of Ylisse, which sends small bands of bandits into their territory to try and start a war, and Lissa says that it ends up being the innocent townspeople who are hurt by the attacks. Frederick then says that the Shepherds duty is to protect the townspeople. Then a villager offer to let them stay for the night and have a feast, but Frederick declines his offer, despite Lissa's protests. Then Chrom and Lissa joke about Frederick's sternness, and they then decide to continue on their way to the capital. 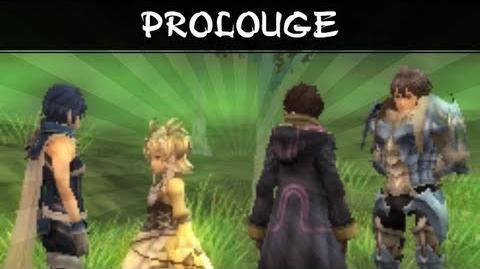 Retrieved from "https://nintendo.fandom.com/wiki/The_Verge_of_History?oldid=498497"
Community content is available under CC-BY-SA unless otherwise noted.