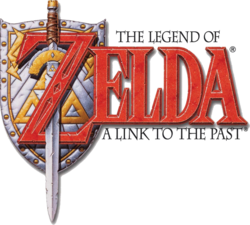 Meaning: The Legend of Zelda: Triforce of the Gods) is a Nintendo published and developed title for the Super Nintendo Entertainment System that was released in 1991. Two of gaming's biggest icons - Shigeru Miyamoto and Takashi Tezuka worked on the game as producer and director respectively.

The game is oftentimes considered the best bird's eye view Zelda game with a favorable challenge that will require your aptitude in order to complete the entire adventure that, like almost all Zelda games, stars the silent protagonist Link.

The game is also noted as introducing some of the hallmarks of the entire series including the Master Sword, some gripping gameplay mechanics and simply outstanding stage designs. It was the only Zelda game that was released on the console, and was re-released twice; once on the Game Boy Advance and the other on the Virtual Console for both Wii and Wii U.

The game sold 4.61 million copies worldwide, making it the fifth bestselling game on the SNES.

The game starts with Link in his bed dreaming. In his dream Princess Zelda of Hyrule is calling to him from the castle dungeon. He runs to the castle to find his uncle nearly dead, injured by castle guards. Link takes up his sword to avenge his uncle's death.

One of the most memorable and outstanding gameplay attributes that A Link to the Past featured were the light and dark worlds. During the beginning of the game, you'll mostly venture through the light world, though eventually the main feature of the dark world will be added, which will dramatically and ultimately drastically change the design of the world that you've gotten acclimated with.

Extravagant changes through this new world include brilliant though equally tarnished puzzles and environments, dreary and dull themes that completely contradict that which was found in the light world, and the glaring fact that the main character, Link, turns into a pink rabbit whom is forced to abandon his abilities that he was capable of performing while in the light world.

Engaging in fights is congruent to previous titles in the Zelda series , though unarguably more advanced in the number of ways to attack your opponents. The main option is essentially using your sword to strike enemies, though, like in previous titles, you'll also be able to use your various weapons to completely rid of them. Near the beginning of the game, the amount of weapons that you're able to wield is relatively short from that near the end of the game, and rightfully so.

A Link to the Past is noted for its contributions to the Zelda series.

An enhanced port was released to the Game Boy Advance, featuring The Legend of Zelda: the Four Swords as a multiplayer-only bonus game.

Changes to ALTTP include:

Retrieved from "https://nintendo.fandom.com/wiki/The_Legend_of_Zelda:_A_Link_to_the_Past?oldid=499531"
Community content is available under CC-BY-SA unless otherwise noted.