Sealed Chamber is a location in the Pokémon series located in the Hoenn region and it appeared in the third generation games. It has a puzzle that needs to be solved in order to access Island Cave, Desert Ruins, and Ancient Tomb.

In Sealed Chamber, there are many mounds of rock with writing in braille on them. On the door the writing says to use Dig, when the player uses Dig the door opens.

In the 2nd room, these are the braille writings that are found. If the player reads the uppermost mound of rock while having Relicanth first in their party and Wailord last in their party, the outermost doors to Island Cave, Desert Ruins, and Ancient Tomb. Though the party order is reversed in Pokémon Emerald. 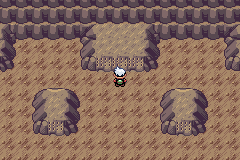 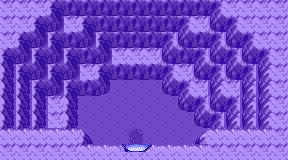 Retrieved from "https://nintendo.fandom.com/wiki/Sealed_Chamber?oldid=526144"
Community content is available under CC-BY-SA unless otherwise noted.