The R Series of robots are enemies found in 2300 A.D. in Chrono Trigger. Collectively, they are the "boss" enemy the player must defeat in order to escape from the Factory.

While Crono and his party attempt to exit the Factory, they are confronted by the R Series of robots. The six R Series robots inform Robo that he is defective, which is why he is helping humans and fighting against his own kind. So the R Series destroys Robo. The two remaining party members battle the R Series and defeat them. 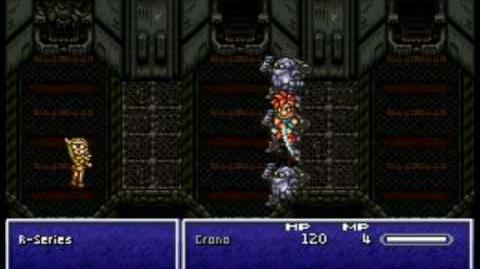