Project X Zone (the "X" stands for "cross") is a tactical role-playing game developed by Monolith Soft and published by Namco Bandai Games for the Nintendo 3DS. The game marks the first collaboration between video game publishers Namco Bandai, Capcom and Sega altogether. Each contributed various characters from their many gaming franchises such as Tekken, Resident Evil and Virtua Fighter who then battle enemies in teams of two. The game is the successor to Namco X Capcom, a PS2 crossover strategy game between Namco and Capcom. The game was released on October 11, 2012  in Japan, and was later released internationally in the summer of 2013.

The game is a pretty simple SRPG that doesn't particularly use tactics. Rather, you use a unique combat system similar to a fighting game's of attacking your foes and racking up the most combos. As you progress through the game, the characters get more moves and different abilities to make even larger combos. Each move works slightly different so with the best timing, the moves can be even more effective especially if the player gets a critical hit, which increases damage. If the characters are adjacent to another unit, they can have that unit use their support attack to deal more damage and pairing the unit with a solo unit adds a solo attack which also increases damage. Each unit has their own XP bar which grows if you attack in sync with a support or solo. it has a maximum of 150%. The XP bar can be used to use for a special powerful attack or doing special actions like countering an opponet or reducing damage done. Reviving a character can only be done at 100%. Dealing damage and defeating enemies earns the player EXP which increases your level. Units have varying movement range and attack range so, determining which unit to attack will be more efficient. There are also items which restore your health and XP

The following have been confirmed to appear as playable characters.

These characters are added to the pairs to add an extra attack and make them more powerful. They also trigger unique conversations.

These characters are recurring enemies with large amounts of health. Most of them are bosses from the character's games.

The game received average reviews getting a 71.36% on GameRankings and a 70 on Metacritic. Famitsu gave the game a 34 out of 40. Critics criticized the repetitive fights and nonsensical plot.

In terms of sales, the game did pretty well. In Japan, it sold 85,539 copies in its first week. It debuted very high in both Europe and America. According to Bandai Namco, the game sold 10 times better than expected in the West. Bandai Namco announced the game sold around 400,000 worldwide with the announcement of the sequel, Project X Zone 2: Brave New World. 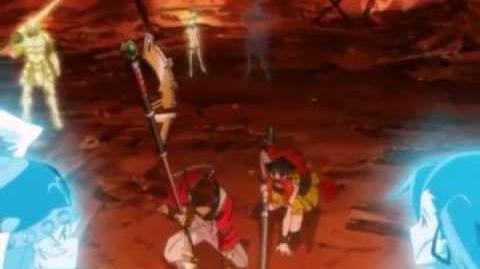