Power Lift is a 1973 electronic toy Nintendo developed for young kids. The two box art variations were made: one with a boy on the front and one with a girl. The toy came with a remote controlled power lift as well as several accessories designed to compliment it such as a mat and objects that it could lift off of the ground. The product, which cost ¥2,980, was advertised on television. Some people recognize this commercial for being advertised after an airing of the lost 1973 Doraemon series. 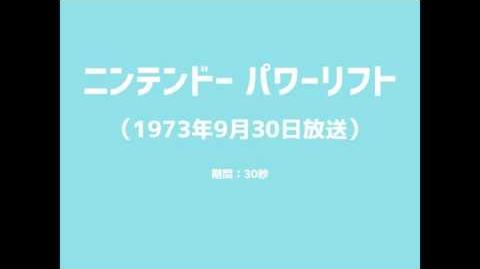 ニンテンドー パワーリフト（1973年CM）
Japanese commercial, but audio only.
Add a photo to this gallery
Retrieved from "https://nintendo.fandom.com/wiki/Power_Lift?oldid=535870"
Community content is available under CC-BY-SA unless otherwise noted.