One Piece Unlimited World: RED is an originally 3DS game that came out in 2013 for Japan that was later ported to other consoles like the Wii U with additional content. The 3DS version also got that update for free around the release of the other versions. In America, the Wii U version is an eShop exclusive. In Japan, there were 2 limited edition 3DS for the release; Chopper Pink and Luffy Red. 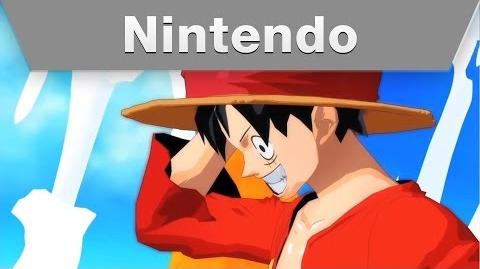 Wii U and Nintendo 3DS - One Piece Unlimited World Red Launch Traler
Launch Trailer
Add a photo to this gallery
Retrieved from "https://nintendo.fandom.com/wiki/One_Piece_Unlimited_World:_RED?oldid=514605"
Community content is available under CC-BY-SA unless otherwise noted.