Unlike the past Pro controllers, the Switch Pro controller carries over most functionality found in its system's main control set up. Not only does it have a capture button, it also features the gyro-motion controls, amiibo support, and HD-rumble found in the Joy-Con Controllers. The IR sensor, attaching modularity, and the ability to use two parts in a relaxed position or independently as separate controllers are the only features of the Pro Controller is lacking in comparison to the Joy-cons.

While its shape is generally a unique, rounded rectangular shape, its layout is reminiscent to that of an Xbox or GameCube controller with the right analog stick on the bottom and the left stick on the top. Unlike most Nintendo analog sticks that feature rounded tops for the thumbsticks, the sticks are flat at the top.

The controller is chargeable via USB-C cable, similar to the charging Joy-con grip. 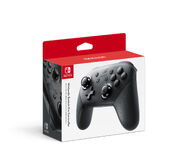 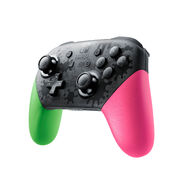 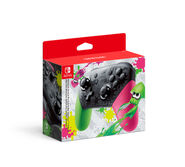 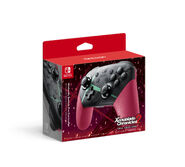 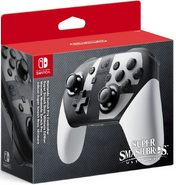