Nintendo Co., Ltd ()() is a Japanese video game developer, publisher, and home console / handheld manufacturer. The company was established in 1889 in Kyoto, Japan by Fusajiro Yamauchi as a manufacturer of Hanafuda playing cards. Nintendo has used its current name since October 1963.

Following the success of their cards, Nintendo attempted to jump into various other businesses with little to absolutely no success until their entry into the video game market. Translated to English, Nintendo means "Leave luck to heaven".

They entered the video game market with the permission to distribute the Odyssey to the Japanese audience. Soon enough they'd make their own home and handheld console units such as the Nintendo Entertainment System, Game Boy, Nintendo 64, and Game Boy Advance, and Nintendo DS, among many others.

They've developed quite the name for themselves for their multitude of video game series including but certainly not limited to Mario, Pokémon, and The Legend of Zelda, and the many spinoffs spawned from these series.

They're statistically one of the most powerful video game companies in the business due to their last generation consoles, which consists of the Wii and Nintendo DS, soared to the top of the charts each week, something that hadn't occurred for quite some time.

The Wii has sold more units than Microsoft's

, at the same time the Nintendo has also sold more units than Sony's PlayStation Portable, but just behind the

The company recently launched their current generation hardware, the Nintendo Switch, after the underwhelming performance of the last generation consoles, Nintendo 3DS and Wii U, performing at a fraction of their predecessors, although the 3DS became successful and saved Nintendo from the Wii U's failure.

Nintendo was founded in September of 1889 by Fusajiro Yamauchi as Nintendo Koppai. Their first products were hand made Hanafuda cards that quickly became popular among the Japanese.

In 1949, Fusajiro's grandson Hiroshi Yamauchi took control of the company. After a visit to the United States Yamauchi realized how limited the card business was and decided to expand. Nintendo started to manufacture various products ranging from instant rice to strollers to a taxi service.

Every venture, however, failed to make a profit, and Nintendo was consequently left hanging on a thread after the Tokyo Olympics caused a lack of interest in the card industry.

With the assistance of Gunpei Yokoi, Nintendo made their mark on the toy industry with products such as the Ultra Hand which subsequently led Nintendo into electronics. Yamauchi approved the purchase of abandoned bowling allies and restructured them into electronic shooting galleries, titling it the Laser Clay Shooting System. Genyo Takeda, meanwhile, created what many consider Nintendo's first video game: EVR Race. By 1980, Yamauchi chose to expand even farther and sent his son-in-law Minoru Arakawa to America to become president of Nintendo of America. After RadarScope became unsuccessful, Yamauchi hired employee Shigeru Miyamoto to create a new game to replace the unused RadarScope cabinets. This resulted in the successful Donkey Kong, which introduced Mario and started the lucrative Mario franchise.

With millions made on Donkey Kong, Nintendo decided to create a home video game console, which was called the Famicom (Nintendo Entertainment System in English speaking countries). The system was moderately successful in its first few years though after the release of Super Mario Bros. the system's sales rocketed upwards. Some say that because of the Nintendo Entertainment System and Super Mario Bros., the video game industry was brought out of its slump in America.

In 2013, Nintendo announced initiatives to expand outside of video games, being QoL (short for Quality of Life) and the NFP later called amiibo. While QoL has produced no current results, amiibo have been a notable success for Nintendo, selling out initially. Nintendo also announced a mobile gaming initiative in 2015, partnering with mobile game developer, DeNA to release a select number of mobile games starting in March 2016.

Nintendo's main headquarters are in Kyoto, Japan (where it has been since 1889). In 2000, Nintendo moved their headquarters close to its old one and rebuilt the old as the new research center where Nintendo would develop some of its most successful products. Despite their prominence in Japan, Nintendo has headquarters stationed throughout the globe. In the United States, Nintendo of America is found in Redmond, Washington.

They have two separate offices stationed in San Francisco, California and New York City, New York, and two distribution centers in North Bend, Washington (about 22 miles away from Redmond) and Atlanta, Georgia. Up north, Nintendo of Canada is in Richmond, British Columbia (their distribution center is in Toronto, Ontario).

Nintendo of Europe was located in Großostheim, Germany, but was moved to Frankfurt, Germany in 2014, with separate entities scattered throughout the European Union (including Benelux, Spain, France, Germany, Italy, and the United Kingdom). Nintendo Australia is located in Scoresby, Victoria (they distribute their games throughout Oceania. Back in Asia, Nintendo has headquarters in South Korea, Hong Kong, and China. Nintendo used to have an office in Taiwan called Nintendo Phuten but, that office closed at the end of May 2014.

Nintendo's video game systems consists of both home consoles and handhelds. They entered the market with the Color TV Game series, which quickly became a smash hit among consumers. Their first entry into the handheld market was the Game & Watch video games. Eventually, Nintendo developed interchangeable consoles and handhelds with the release of the Nintendo Entertainment System and Game Boy. 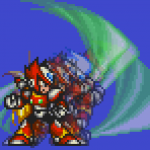