Morsayati is the main antagonist of Dragalia Lost. He also appears as the Raid Boss of the "Forgotten Truths" raid event.

Morsayati’s humanoid form has long sliver hair with a black hood and red eyes. His skin is grey with spikes and red markings. Around his waist is a black loincloth.

Morsayati possessed Euden’s father King Aurelius in Chapter 1. He captured Zethia and took her to a volcano to attack the flamewyrm Brunhilda. He is encountered in chapter 5 where he possesses Zethia, making her the empress of the Dyrnell Empire. 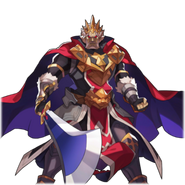 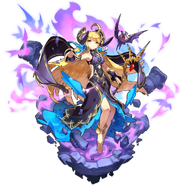