Microsoft is Nintendo's second biggest competition along with Sony. As well as making computers, Microsoft also made the Xbox line of video game consoles. They are also the owners of one of the biggest IPs this century, Minecraft. They currently support cross play with Nintendo.

The Xbox was released in 2001 along side with the GameCube and the PlayStation 2. It had a green user interface. Before the actual Xbox was released, rumors were going around that the Xbox would feature a stripped version of Windows 1999, but apparently it didn't. The Xbox also used to have a big controller until the controller S (stands for slim) was released a year later.

The Xbox 360 was first seen at E3 2005 and later released in November that year. The controller is wireless and requires two AA batteries for power. The Xbox 360 also has avatars similar to Miis, but with a different appearance and purpose. A slim black model of the Xbox 360 called the Xbox 360 S was released in 2010, but had the same controller.

Kinect is a motion accessory for the Xbox 360 that sits on top of your TV without a controller. It works with all models of the Xbox 360, but requires a specially-made adaptor if used with the original model. It was released in 2011.

The Xbox 360 was more successful in Japan, although it failed with only 1.5 million units in Japan. The Wii outsold it with 12 million consoles on June 2015. 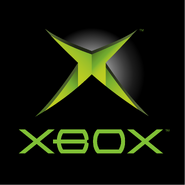 A number of Microsoft IPs have been licensed onto Nintendo platforms. This includes games by Rare post their acquisition by Microsoft (excluding Donkey Kong games).

References to in other games