Masa & Mune is a magical creature found in 600 A.D. in Chrono Trigger. He is the second "boss" enemy the player must defeat to acquire the broken blade of the Masamune sword. The "Masa & Mune" creature is formed when Masa, with his bravery, and Mune, with his knowledge, bond to become one powerful entity.

Tata and the Frog

During the battle when Crono and his party fight Masa and Mune in the Denadoro Mountains, Masa and Mune realize how strong Crono and his friends are. So they give them one final test. They combine their forms and two become one to form the "Masa & Mune" entity.

After the battle, Masa and Mune separate themselves again. 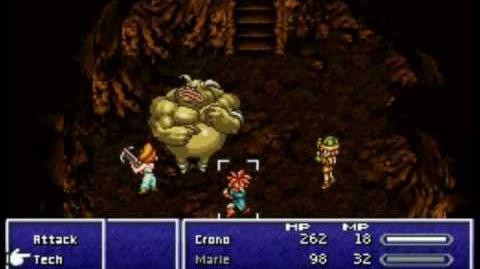