Nintendo
Register
Don't have an account?
Sign In
Advertisement
in: Un-updated Infoboxes, Class E articles, Articles in need of expanding,
and 9 more

Mario Party Superstars is a game in the Mario Party series and the second for the Nintendo Switch that was released on October 29, 2021. The game features five boards from the first three Mario Party games (Mario Party, Mario Party 2, Mario Party 3), and mini-games from across the series.

The game returns to more classic rules with the boards behaving similar to the original trilogy. Players can roll a number between 1-10 on the dice and move along the board to find Toadette, who has the star. Board layouts and events have been adjusted. The Minigame Space works similar to Battle Spaces in older entries where player hit a dice block to determine the pool of coins taken from everyone and compete in a Free-for-All minigame with the best performing players getting the most coins in the end.

Aside from the boards, there is Mt. Minigame where players can compete in a series of minigames. Players can play online and try to compete for the longest win streak or play with other players in a tag match 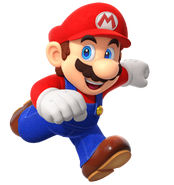 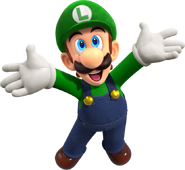 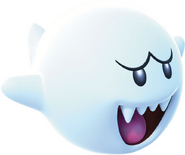 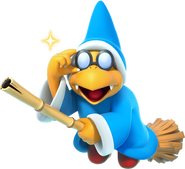 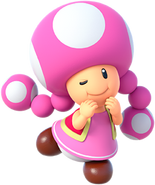 This Nintendo Switch-related article is a stub. You can help the Nintendo Wiki by expanding it.