Meaning: Cooking Country) is a location featured in Super Mario Odyssey. It is an Italian-themed location and the greater location of Mount Volbono (JPJapanese: ボルボーノ

Note: 18 Power Moons are needed to power up the Odyssey. 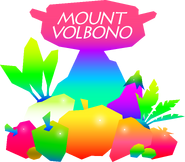