Henry Hatsworth in the Puzzling Adventure

Henry Hatsworth in the Puzzling Adventure is a Nintendo DS game by EA Tiburon released in March of 2009. The game is a mixture of action and puzzles, with the adventure taking place on the top screen and the puzzles on the bottom. Completing puzzles will completely destroy enemies that Henry Hatsworth already fought. Once you enter the Puzzle Realm, the action on the top screen will pause.

Henry Hatsworth is on a mission to find the pieces of the Gentlemen's Suit. A magical suit that allows the wearer to control a parallel world known as the Puzzle Relam. The suit was created by an ancient ruler called "The Gentlemen" but it was hidden when no one was capable of wielding its power. After Henry finds a golden bowler hat that allows him to control this realm, Henry causes an imbalance and resolves to find the rest of the pieces to stop monsters from entering his world and claim the world's riches to himself. 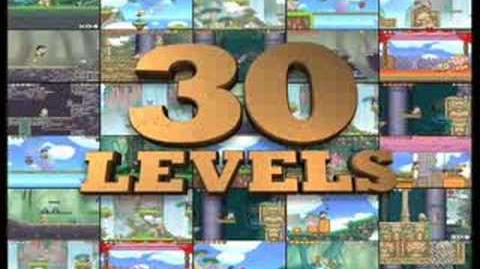 Henry Hatsworth in the Puzzling Adventure™ Trailer
Official Trailer
Add a photo to this gallery
Retrieved from "https://nintendo.fandom.com/wiki/Henry_Hatsworth_in_the_Puzzling_Adventure?oldid=515423"
Community content is available under CC-BY-SA unless otherwise noted.