Harvest Moon 64 was ranked #78 in Nintendo Power's list of the top 200 games and received the only Parent's Guide to Nintendo Games Choice Award in 2001. IGN rated the game at an "impressive" 8.2. [1]

The story begins when main and only playable character of the game, often referred to as "Jack" among the fanbase (though Natsume names him "Pete" in screenshots of Friends of Mineral Town) inherits a farm from his deceased grandpa and moves to Flowerbud Village in order to fix it up and make a life for himself. The objective of the game is to lead a happy, successful life as a farmer by growing crops, raising animals, making friends, and starting a family, among other things.

The game operates on an accelerated time system, where each in-game hour is roughly equivalent to 15 seconds of actual playing time, though time only moves when the player is outside (time freezes once the player enters a building). There are 24 hours in a day, 30 days in a season, and four seasons in a year (Spring, Summer, Fall, Winter). The main character wakes up each morning at 6am and can go to bed anytime the player chooses (writing in the diary before bed saves the game), though if the player is still up at 6am, he will be automatically transported to his house to begin the new day (the game will not save).

The player begins with a house, a barn to keep cows and sheep, a chicken coop, a large field littered with rocks, weeds, and tree stumps that can be cleared for planting, a dog, and five tools: a hammer, sickle, hoe, axe, and watering can. The game uses the currency of "g", often referred to unofficially as "gold", and the player starts out with 300g. Currency is used to purchase items at the shops and can be obtained by selling products from the farm, foraging plants from the mountains, fishing, and mining. 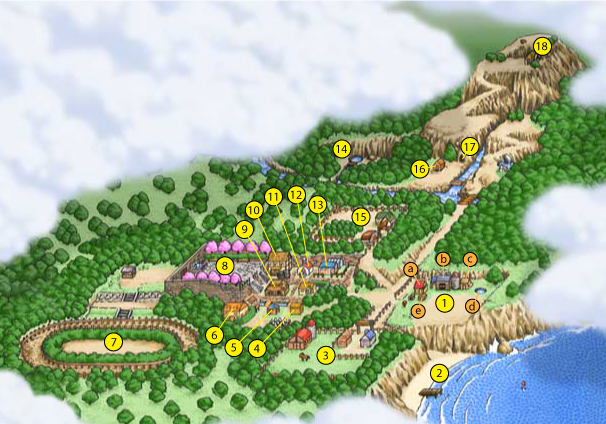 NOTE: Harvest Moon 64 did not name some of the charcters excplicity in the game. However, due to their appearence in the other Harvest Moon games, the characters in Harvest Moon 64 are usually referred to by the names as they appear in other versions of the series. These crossover names (mostly from Friends of Mineral Town, a game made after Harvest Moon 64) are noted in parenthesis.

How to Make Friends

The original five tools the player possesses (hammer, sickle, hoe, axe, and watering can) can be up

graded first to silver, then to gold by using them often. The higher the tool level, the more work can be accomplished in a single press of a button. Other tools, which cannot be upgraded, can be purchased from around town depending on the need for them.

Stamina can be lost by using tools, and if too much energy is exerted throughout the day, the character will become exhausted and unable to use tools. This leaves him at risk of become sick, thus forcing him to stay in bed for a whole day to recover. Using tools during inclimate weather such as rain and snow will decrease stamina quicker.

Crops are a main source of money and can be but in the shipping box to be sold when they reach maturity. Seeds can be purchased at Florist Lilia and planted only in soil in the character's farm that has been tilled by the hoe. In order to grow, plants must be watered daily and planted in the correct season. If left in the field when the season changes, the plant will die and must be cut down. Plants do not need to be watered when it rains, but can blow away if a typhoon hits. If a greenhouse is built, all plants can be grown inside of it during any season.

Florist Lilia also sells plant seeds that cannot be sold such as flowers and grass. Flowers serve to bring beauty to the farm and invite visitors and cutscenes, while grass is used to feed sheep and cows when they are outside. Grass can also be cut by the sickle to create fodder to feed animals indoors. Once mature grass is cut, it appears automatically inside the barn for use when needed.

Animals are an important part of the game, providing both income and a way to participate in festivals. There are five available animals: a dog, a horse, cows, sheep, and chickens.

Another way to earn money is by going to the mountains and collecting the wild plants that naturally grow outside. Like crops, certain wild plants only grow in certain seasons but can be collected and put into the shipping bin on the player's farm for a profit or eaten to regain stamina (except for flowers and poisonous mushrooms).

Fishing can be done during all four seasons in any body of water (except the pond in the main character's farm). In order to fish, a fishing pole must be received from the fisherman for free upon talking to him for the first time. Three types of fish can be caught: small, big, and large, and all can be sold in the shipping box on the player's farm. The bigger the fish, the more monetary value it has.

The mine is open between Winter 8th and Winter 30th and can be accessed by entering the cave in Moon Mountain behind the Carpenter's house. To mine, the player must use a hoe and be willing to stay inside the mine until no more stamina remains or until 5pm. Below is a list of attainable items from the mine, all of which can be sold in the shipping box.

Festivals are an important part of being a villager and making friends. Some are public and some are secret; some include the whole town and others involve only the player and a girl. Below is the list of the most notable festivals and their locations.

Retrieved from "https://nintendo.fandom.com/wiki/Harvest_Moon_64?oldid=570499"
Community content is available under CC-BY-SA unless otherwise noted.