The Gerudo tribe lives outside of the Gerudo Valley, home to a desolate wasteland and the Spirit Temple. The tribe is populated almost entirely by females, though every 100 years a male is born into the race, and is made the King of the Gerudo. It is unknown if the Gerudo tribe still acknowledges Ganondorf as one of them, as they have an unsettling hate for men, not to mention Ganondorf set out to destroy Hyrule and turn it into his dark kingdom.

Unlike Hylians, Gerudo have round ears (most of the time) and are typically tanned in skin color. Red hair is a common trait, and overall the species seems to be based around Arabic qualities, and possibly the Amazons.

The Legend of Zelda: Ocarina of Time

As formerly stated, one male is born every one hundred years, with Ganondorf being that particular male in the events that took place in The Legend of Zelda: Ocarina of Time. Female Gerudos go into other towns such as Castle town and find men to 'seduce'. they are seen as thieves, who are skilled at horse back riding while being also skilled with dual sabers.

They are mostly hostile toward non Gerudo as well as males other than Ganondorf. Nabooru also distrust Ganondorf as a leader as she sees him as someone who doesn't really care about his people. While exploring the Spirit Temple with Child Link, she gets captured by Twinrova, Ganondorf's adoptive Gerudo mothers who turn her into a mind slave and trap her into an Iron Knuckle with the task of guarding the Temple. She stays trapped in this state for 7 years until Link comes to rescue her as an adult, defeat the Witches, and awaken Nabooru as the Sage of Spirit.

Ganondorf is eventually defeated by Link in the Adult Timeline and everyone of Hyrule including the Gerudos unites to celebrate the defeat of the man who ruled as a tyrant over the kingdom for the past 7 years.

They are noted as being pirates in The Legend of Zelda: Majora's Mask, and are very skilled at fighting, with most being capable of wielding bows and arrows, dual-wielding swords and other weapons. They are often in conflict with the Zora who inhabits the same area of Termina. In the game, they are the ones who mortally wounded Mikau and stole Lulu's eggs. Link invade their fortress with the goal of retrieving the eggs. After managing to take back the eggs, the Gerudo try to follow him to the Great Bay Temple but are blown away by the cyclone surrounding the temple.

The leader of the Gerudo pirates is a woman known as Aveil. There is also two other Gerudos that are not affiliated to the pirates, namely the twin sisters Koume and Kotake who are the host of the Boat Cruise as xell as the owners of the Potion Shop.

In The Legend of Zelda: Twilight Princess Ganondorf is the only Gerudo seen alive, the other are supposed to have left Hyrule after the events of Ocarina of Time. After Link came back in time and accused Ganon of trying to take over Hyrule in the future with the mark of the Triforce as the proof of his travels through time, the Gerudo King try to lead an insurection anyway were it is assumed that the Gerudo took his side as his followers are refered to as thieves. Ganondorf was arrested and executed afterward but the execution failed due to the Triforce of Power so he was sent to the Twilight Realm by the Sages. Ganondorf influnced the Twili as a spirit from there and eventually took over Hyrule through Zant before being killed by Link, Midna and Princess Zelda.

In The Legend of Zelda: Four Swords Adventures, a tribe of Gerudo has come back into Hyrule and live in a village within the Desert of Doubt in the southwest corner of Hyrule. Unlike previous appearances, they are no longer hostile to outsiders, and seem to have a good reputation in Hyrule. This is because they have decided to publicly condemn the actions of their past leader following his execution in Twilight Princess.

Eventually, a new Ganondorf was born and like the last, he was a reincarnation of Demise. This Ganondorf was once again destined to lead them but planned to break into the Pyramid, which was considered a holy place for his people and stole the Trident containing enormous power kept inside of it. After seeing that he had departed for the Pyramid, the Gerudo blocked the passage behind him as they assumed he would only find death on his way to the sacred place and they wanted to prevent anyone else from trying to dteal the trident.

Ganondorf made it to the Pyramid and transformed into Ganon after touching the Trident. He then stole the Dark Mirror and used it to create the Shadow Links and free Vaati in order to take over the kingdom. When the Links enter the Gerudo village in search of the Purple Maiden, they are initially denied access to the Desert due to Ganondorf's violation. However, upon learning of their quest, the Gerudo reopen the gateway so they could pass. Ganon is eventually sealed inside the Four Sword at the end of the game.

In The Legend of Zelda: The Wind Waker, the "Forsaken Fortress" might be related to the monuments and buildings in the Gerudo Fortress. A witness would be the large pot used to make potions just like in Ocarina of Time and another strange witness is possibly the weapons a few monsters in the fortress appear to carry along with some items that seem to relate with the items a Gerudo would carry, such as spears. It's often not noticed, but, the Gerudo's fortresses often seem to have a jail, a large pot, and a lot of shelves included with the usual pots just like it had in the Gerudo Fortress in Ocarina of Time. Also, Ganon/Ganondorf stays in the fortress for he too is a Gerudo.

A Link to the Past

The Ganon that serves as the main antagonist of The Legend of Zelda: A Link to the Past is the Ganondorf from Ocarina of Time after defeating Link and obtaining the full Triforce. Ganon manipulates the entire kingdom as Agahnim to free himself from the prison he was put in by the Sages after his victory against the Hero of Time. Ganon is the only trace of a Gerudo being present in A Link to the Past as he once was one himself.

A Link Between Worlds

In The Legend of Zelda: A Link Between Worlds, Ganon is still the same Gerudo king brought back from darkness by Yuga. Yuga himself is the Lorulean counterpart of Ganondorf and appears to have some Gerudo-like traits or the Lorulean equivalent of the species at least.

Zelda I and II

Ganon is once again the same Gerudo King brought back to life one last time. He tries to steal the Triforce but is eventually defeated by Link. After his defeat, his minnions tried to resurrect him during the events of Zelda II: The Adventure of Link. Ganon does not make a canonical appearance in this game but if the player gets a Game Over screen, Ganon will be seen laughing as Link's death at the ha,ds of his servants means his return.

End of the Timelines

Breath of the Wild

In The Legend of Zelda: Breath of the Wild, the Gerudo are now an integral part of the Kingdom of Hyrule like the Zora or Goron were in the past. They have a way better relationship with the Hylians despite still not permitting men to enter their main settlement, Gerudo Town. They are ruled over by what seems to be a monarchy as both Urbosa and Riju are known to be their hereditary leaders during two separate periods. Since the Great Calamity, they are in conflict with the Yiga Clan who have settled in Gerudo region. Urbosa also mentions that once upon a time, Calamity Ganon was born as a Gerudo male before becomming the incarnation of pure Malice he is known as even 10,000 years before the events of the game. 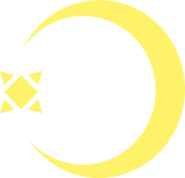 The old Gerudo symbol in the Nintendo 64 original version of The Legend of Zelda: Ocarina of Time.
Add a photo to this gallery

Retrieved from "https://nintendo.fandom.com/wiki/Gerudo?oldid=517660"
Community content is available under CC-BY-SA unless otherwise noted.