A Game Pak is the name given to various cartridges created for Nintendo manufactured home consoles and handhelds, starting with the Nintendo Entertainment System. The name was created by Gail Tilden, who noted herself as the "entire advertising department" for Nintendo when she joined in 1983. The name was used in place of "game cartridges", which was used for the Atari systems, as not to remind people of the gaming crash that was the result of many of Atari's products. Furthermore, the cartridge casings were made to more resemble VHS tapes than their game cartridge predecesstors to add to the unique design. It's not entirely clear why she purposefully detracted the "c" from "pack", though it could just be for marketing reasons to get the player interested (similar to naming "light" "lite"). The last time the name was used was for the Game Boy Advance cartridges - following this for the Nintendo DS they renamed it Game Cards. Systems that used game paks include:

Certain game paks released (such as the one featured at the top right of this page) are special editions that can only be obtained through special promotions. For example, both The Legend of Zelda: Ocarina of Time and The Legend of Zelda: Majora's Mask came in gold casing for those who pre-ordered the video game.

Game paks have the advantage over discs, along with other solid state medium, in terms of loading times. However, it is costly with a much greater cost per unit memory than discs. Game paks also had the advantage of including more hardware in the cartridge as the cartridge could fit some chips. This was more utilized in the NES and SNES hardware but, it was used in other systems to like the internal battery for Pokemon Gold and Silver. Some notable instances of hardware in cartridges were the Super FX Chip, used in many games like Yoshi's Island and Star Fox, the Cx4 Chip used in Mega Man X2 and X3, and the SA1 Chip used in a number of games including Super Mario RPG: Legend of the Seven Stars and Kirby Super Star. 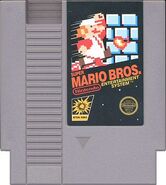 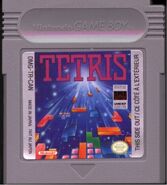 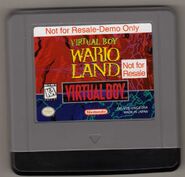 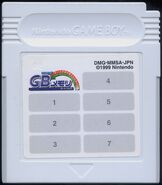 Nintendo Power game pak for Game Boy
Add a photo to this gallery
Retrieved from "https://nintendo.fandom.com/wiki/Game_Pak?oldid=364127"
Community content is available under CC-BY-SA unless otherwise noted.