Fuse Games' headquarters is placed in a 400 year old brewery. After creating the acclaimed Pro Pinball series, founders Adrain Barritt and Richard Horrocks opened to doors to Fuse Games and signed a deal with Nintendo in 2003 to develop games exclusively for them. The company opened a second studio in Stratford-upon-Avon in October, 2008. This studio was closed in March 2009 after completion of Pinball Pulse: The Ancients Beckon, but reformed as Silverball Studios in December of the same year.[1]

The brewery in which their company is located. 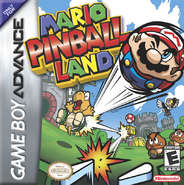 The boxart for Mario Pinball Land. 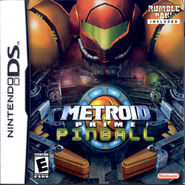 The boxart for Metroid Prime Pinball.
Add a photo to this gallery

Retrieved from "https://nintendo.fandom.com/wiki/Fuse_Games?oldid=323831"
Community content is available under CC-BY-SA unless otherwise noted.