This game is part of Nintendo Switch Online subscription service

Dr. Kawashima's Brain Training is a puzzle game released for the Nintendo Switch, as part of the Brain Age series developed in a collaboration between Nintendo and the Japanese neuroscientist Dr. Ryuta Kawashima with indieszero also contributing.

The game closely follows the familiar mechanics of the previous instalments in the Brain Age series, by taking the player through a series of simple and complex puzzles and minigames to test the player's knowledge, memory and concentration skills, which are led by a digital avatar of Dr. Kawashima.

The newest incarnation of the Brain Age game takes full advantage of the Switch console's technologies such as its gyroscope capability, IR sensors and even supports the use of a Switch stylus for some minigames, taking inspiration from the original Brain Age games released on handheld DS devices.

The game was initially launched in Japan during the holiday period of 2019 followed by a release to most regions after the New Year with the exception of North America.

The game combines the usual minigames from the old games with some new ones, which make use of the Joy-Con's gyroscope where the player literally moves the system, and IR sensors to detect the shape of the player's hand. The novel minigames that make use of such features include the likes of rock-paper-scissors and finger drills, whilst the more familiar types like the usual word scrambles, counting and sudoku puzzles are also prevalent; there are 24 in total. 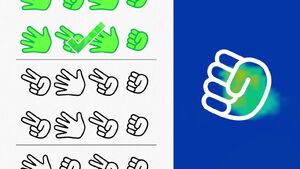 The rock-paper-scissor minigame in action

Whilst these aforementioned minigames provide the bulk of the gameplay, there are more modes on offer such as speed counting, and reading newspaper articles to put the player's reading and linguistic skills to test. There is even a Germ Buster minigame where the player stacks together the same colours of viruses to clear them, a reference to the niche Dr. Mario games.

There are two main modes offered to the player upon booting up the game, which are the Quick Play, where you play through the puzzles at your own pace, and Daily Training. More minigames and their varieties are unlocked as you progress.

The game also offers a Brain Age Check to calculate the mental age of the player based on their performances, which are given as an overall brain score.

This game is played mostly in handheld mode with barely any usage of TV mode; the Switch also being held vertically for easier adaptability to draw and tap. All elements of the system are utilised, from the touchscreen to the shoulder buttons of the Joy-Con and its mic.

The game enables two players to compete each other through minigames, by sharing a Joy-Con each. More ambitiously however, the game is also part of the Nintendo Switch Online service, and thus allows players to compete for the highest scores globally in the championships.

Retrieved from "https://nintendo.fandom.com/wiki/Dr._Kawashima%27s_Brain_Training_for_Nintendo_Switch?oldid=598527"
Community content is available under CC-BY-SA unless otherwise noted.