This game requires the Wii MotionPlus

Conduit 2 is a first-person-shooter video game for the Wii and a sequel to the 2009 game The Conduit. The game is heavily based on fighting aliens, unraveling conspiracies and using futuristic technology. Along with the single-player campaign, a co-op mode and online multiplayer mode is also available. The Wii MotionPlus is also utilized, but not required to play the game.

The All-Seeing Eye is a spherical device that the protagonist uses to uncover invisible objects and solve the game's many puzzles. It is used much more heavily than it was in the first game. It's added features include discovering maps, blueprints and other secrets, as well as unlocking secrets.

As in the previous game, Conduit 2 supports up to 12 players online, and has also added a split-screen for local matches. There are numerous maps and character skins from which to choose.

The story for the game takes place immediately following the events of The Conduit. Michael Ford, with the help of Prometheus, eventually finds Atlantis, a Progenitor space craft that crash landed thousands of years ago. While aboard, Ford finds an ally in Andromeda, a human woman that had been held in suspended animation.

Ford soon discovers that the alien Progenitors were directly involved in shaping human history and mythology on Earth. With the help from his new-found friends, Ford continues the battle with The Trust around the world. 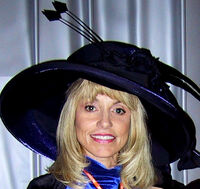 Production of the game began in 2009 immediately following the first game's release. It was officially announced on March 29, 2010. Matt Forbeck and Jason Blair, who were known for writing the story for the games Borderlands and Prey, were brought on-board for the Conduit 2 script.

Retrieved from "https://nintendo.fandom.com/wiki/Conduit_2?oldid=521230"
Community content is available under CC-BY-SA unless otherwise noted.