Meaning: Kleine) is a boss character from Fire Emblem: New Mystery of the Emblem. She is one of the assassins working for Eremiya along with Reese and Legion in an attempt to kill Marth.

One of a group of assassins plotting to kill Marth. Katarina's friend. Cruel and lacks manners, but yearns for a family. Appears in Fire Emblem: New Mystery of the Emblem. 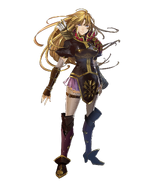 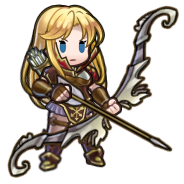 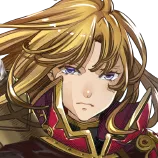 Clarisse's portrait from Heroes
Add a photo to this gallery

Retrieved from "https://nintendo.fandom.com/wiki/Clarisse?oldid=435040"
Community content is available under CC-BY-SA unless otherwise noted.