At the beginning of the company's history, Action Replay created their cartridges on the non-Nintendo console Commodore 64 home console, and allowed the disk operations to go up to 10 times faster than normally. Another key point in the cartridge was that it was able to save your game no matter where you are. And once you booted it back up, you would start in the exact location as before. Today Action Replay still uses this method in many of their new Action Replay products.

The second version not only is for hacking, but also has a second slot for powersaves for Nintendo DS games.

Both versions offer codes for hacking games as well as the FreeLoader which bypasses the regional lockout on the console to play import games. The MAX version's extra features include a 1019 memory card and more codes. The original Action Replay's dongle could not be used for saving games, but for codes only. These products also worked in GameCube mode on the Wii before the second firmware update. Most versions of the AR for the GameCube came with a custom 59 card to save the code library to and was necessary for the AR to work and was installed in the 'B' card slot. Towards the end of the GameCube era, Datel released a final version that was disc-only and is actually compatible with the Wii, when used in GameCube mode and still works even with the last known firmware version of the Wii. This disc is version 1.15. The last memory card version was 1.14b. If you have version 1.07-1.14b, you can use a peripheral called the PowerBoard, which allows you to simply type in the codes. The PowerBoard is a specially-labeled PS2 keyboard with a GameCube controller port adapter.

The original Action Replay DS came in two versions, the first one was a simple card with no slot that involved you to boot the system up, select the game and codes, and when prompted to hot swap the corresponding game to start. The second version as well as the DSi version has an extra slot for the game cartridge and worked just like the previous versions of hacking device. The first two will not work in a DSi or 3DS due to their newer firmware blocking the use of unauthorized and unlicensed devices. The newer version will and features more improved firmware for newer games such as Pokémon Black & White, which the older models could not support. This model to this day is the only one that still has codes being made for it. 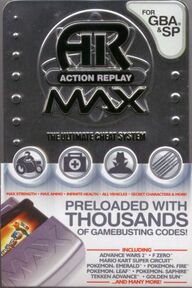 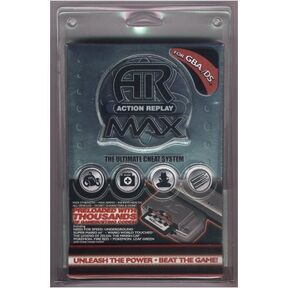 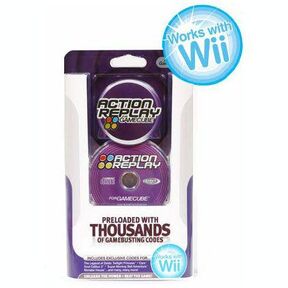 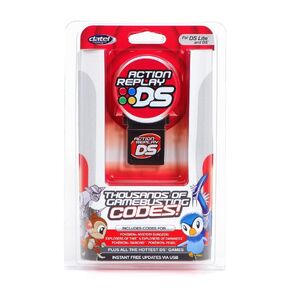 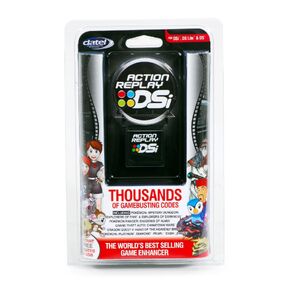 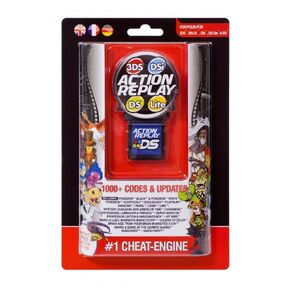 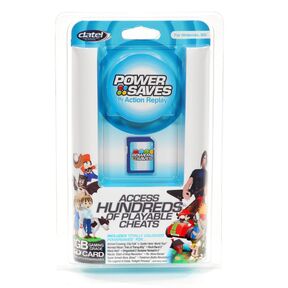 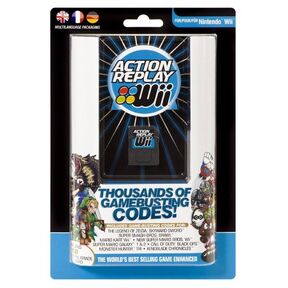 Wii Action Replay
Add a photo to this gallery
Retrieved from "https://nintendo.fandom.com/wiki/Action_Replay?oldid=505830"
Community content is available under CC-BY-SA unless otherwise noted.