City in the Sky (annoying)

@ATQUEVALE i don't want to talk about this anymore

I mean come on, Sony and Microsoft have been doing it for years now but Nintendo has never put an achievement system in their consoles. Why won't Nintendo do that? It'll actually make difficult tasks in certain games worth it. Don't you feel more accomplished when getting an achievement in a game?

After promising to give us a more realistic Zelda game at E3 2001, Nintendo then lied to us next year and gave us a cartoon styled zelda game nobody asked for. Nintendo basically gave a giant middle finger to it's fans at E3 2002. We had to wait another 3 years to finally get a good Zelda game after the series went through a dark age of those stupid cartoon-styled games. I'm going to explain my comprehensive opinion on this ongoing dumpster fire of a game.

The graphics are unacceptable for a Zelda game, the cartoon artstyle does not fit a gritty and dark series like Zelda. The characters have these noticeable outlines on them, its like the models aren't even finished! Don't even get me started on the faces on NPC's, they are ugly and horrifying looking. The people on Windfall don't look like human beings because they look so ugly. The draw distance is stupid, when it's raining or it's night when Im at sea, i can't see jack shit because everything is covered up by a grey haze and I can't see what's up ahead.

Oh god, where do I even begin.... For starters, i consider this game along with it's sequels non-canon because it claims that Link didn't go back to his childhood in Ocarina of Time when that never happened. And Wind Wakers plot has a bunch of absurd actions and deus ex machinas. Link should have died when he got tossed across the great sea. There no way the KORL knew that Link was trying to save his sister. Also why does the Master Sword need the prayers of the Earth and Wind sages to repel evil?! It wasn't like that in all other games it was featured in! Also how is Tetra (A whiny little shit) a descendant of PRINCESS ZELDA?! there is no damn proof that Tetra is related to Zelda. Ganondorf has been ruined by this game, he is portrayed as a fat man and his voice doesn't sound intimidating at all. He is also a pedophile in this game. This incarnation of Link is not worthy of being a hero. He always gets himself into trouble and let himself get punched by ganondorf. Also He FALLS IN LOVE WITH A BIRD GIRL. No just no. Also how is Medli and Makar related to Laruto and Fado? They're not even the same species! The story is a mess, I'd take Sonic 06's story over this!

Most of the music is forgettable and very off key. The Zelda theme is only heard at the very beginning of the game! That's like having a Mario game without the classic main theme!

This game is the worst Zelda game I've ever played. I don't know why people consider this a good game. It's not. 2/10

I really do. Apparently, Nintendo thought it was a great idea to have different translation teams for the U.S and U.K. Even though both countries HAVE THE SAME FUCKING LANGUAGE! What's the point of changing words that's already in English?! Just simply port the U.S Translation or vice versa to the other country! It's so fucking inconsistent. They even have the extreme nerve to change the entire fucking title of the game sometimes. Either America or Britain is guilty of this crime depending on who gets the game first.

Wario Land Shake It! > Wario and The Shake Dimension

What the fuck is the meaning of those dumb title changes?! Does Europe like being simple with it's titles?! Or does Nintendo hate consistency? I don't fucking know, Nintendo has yet to explain.

@ATQUEVALE I never liked how Skyward Sword controlled, and it was too linear for a Zelda game. Also the game did stupid methods to pad out the game.

Brawl was the least competitive of the series. Gameplay felt slow and the stupid tripping. And a questionable roster imo. None of the modes in Brawl made me engaged. I give super paper mario shit because it has cryptic puzzles and unfunny jokes. @Amazingspiderman329 I dont like how black knight controls and the levels feel like the same. And it sometimes doesn't feel like I'm playing a sonic game. The Olympic games have been oversaturated and I groan every time another entry gets released. Plus, most of the games have half-assed controls. 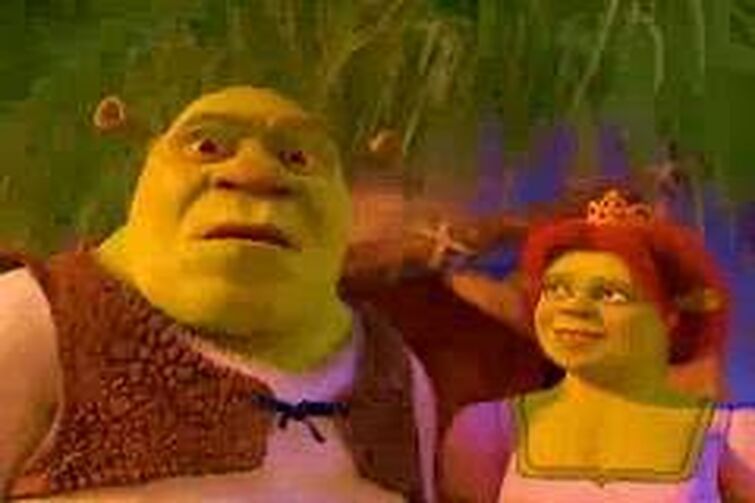 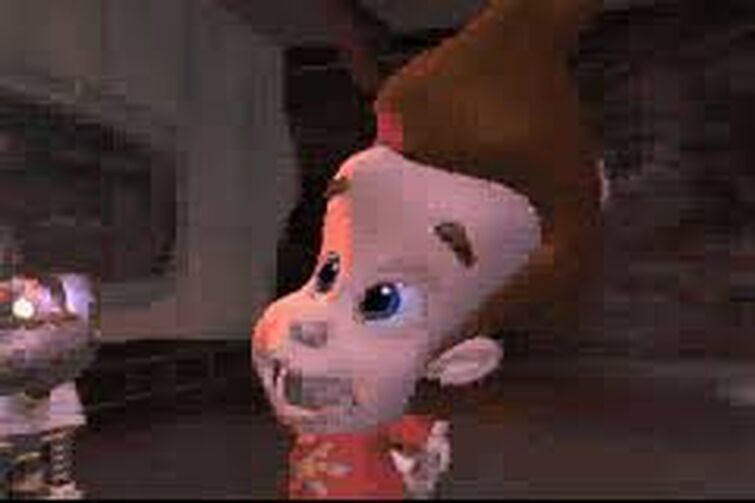 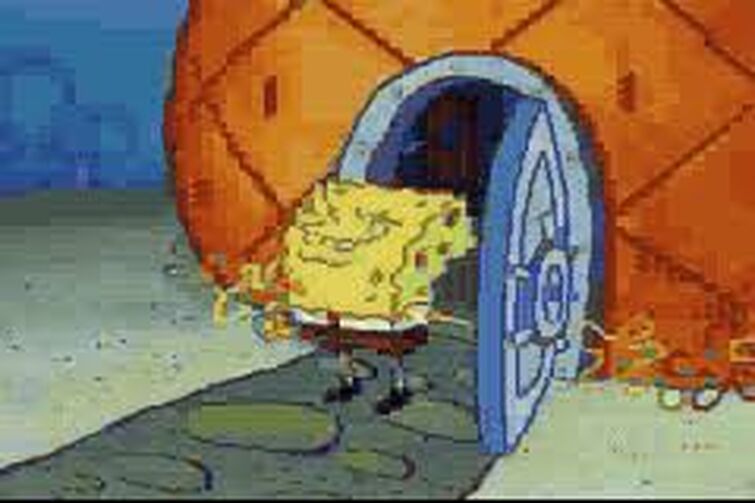 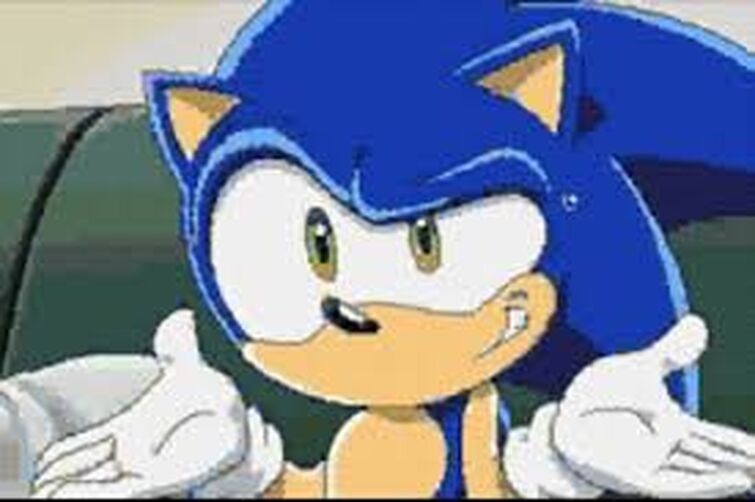 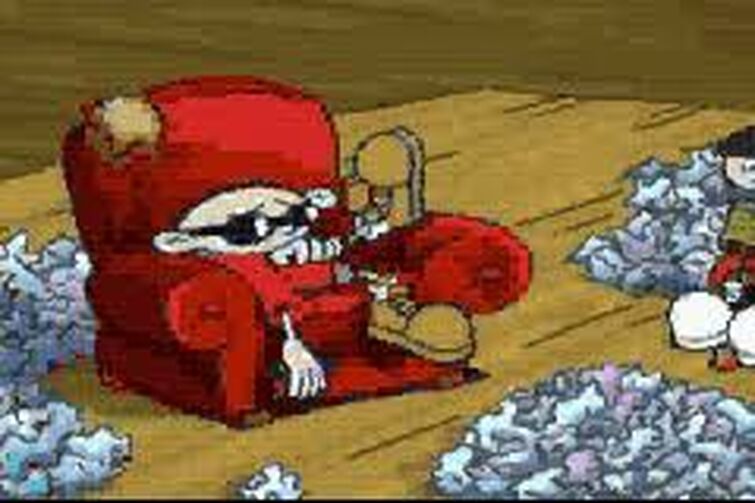 The GBA was not meant to display FMV. But somehow, Majesco did an experiment and somehow managed to get movies and episodes of Tv shows to run on a gba cart. To a very poor result. These just look like very old Youtube videos you find on youtube.

The GBA was not meant to display FMV. But somehow, Majesco did an experiment and somehow managed to get movies and episodes of Tv shows to run on a gba cart. To a very poor result. These just look like very old Youtube videos you find on youtube. 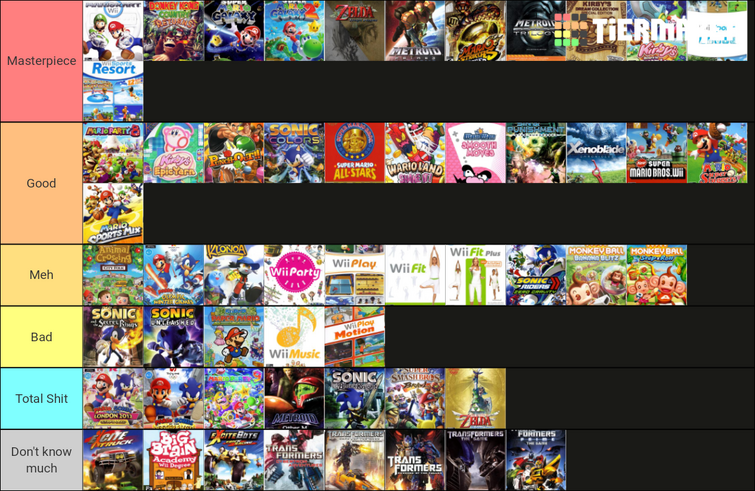 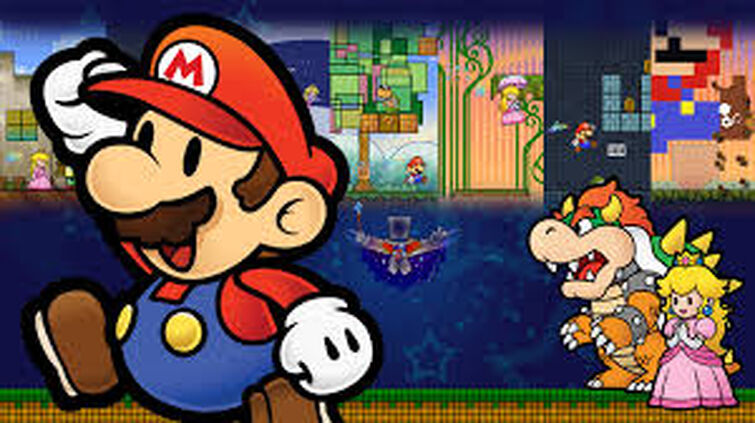 Lets dive deep into the game that was the beginning of the end of Paper Mario.

Gameplay: it's just a typical mario platformer with rpg shit thrown into it. Also this game brings you into a false sense of security. You may think you're playing an easy game. BUT NO, THE GAME THROWS A FUCKING CURVEBALL IN 1-3 WHERE IT INTRODUCES FUCKING CRYPTIC PUZZLES. Get used to seeing cryptic shit throughout the game. Don't know what to do? Too bad, the game doesn't tell you.

Story: This game tries to take itself seriously. It's a fucking mario game for christs sake. Thousand year door handled its tone better.

Characters: The game is filled with very forgettable characters. Their designs also look very cheap. Tippi reminds me of Navi which isn't a good thing. Francis is just a stereotypical geek. Count Bleck makes me want to blech. Dimentio is obviously going to be the twist villain when you start. Poor fucking Luigi gets so abused in this game. Also there's a character called Brobot in the game, and Brobot was also a character in Jimmy Neutron and the Brobot in this game looks exactly like the one in Jimmy Neutron. I'm surprised that Nickelodeon didn't sue Nintendo/Intelligent Systems for that.

Advertising: This game got fucking advertised a lot around the time it was released. It wasn't that good anyway so why inform people about a shitty game nobody would play? You know those print advertisements you get in some Wii games? Well I've seen Super Paper Mario always fucking appear in the list of games being advertised. Also in smash brawl (another shitty game) has a ton of trophies that are from Super Paper Mario. WTF?!

Music: One fucking music track pisses me off. That fucking Gloam Valley track. Who the fuck thought it was a good idea to put that in the game.

Writing: The game has a bunch of unfunny jokes. Like that stupid "I complain about games I've never played on the internet!" and "The Underwhere" that one is so fucking cringe. The jokes in this game are on the level of the writing in the modern sonic games. The game also can't fucking decide on whether or not it wants to be dark and serious or wacky and light hearted.

Progression: SO MUCH FUCKING BACKTRACKING! EVERYONE MOVES SO GOD DAMN SLOW IN THE GAME!!! This game loves to make stupid stuff happen during the game to pad out the game. It's just like skyward sword.

Functionality: The game is riddled with bugs and glitches. Showing that this game was rushed to the market. Heck, their are some fatal softlocks in the game that prevent you from progressing the game!

Overall: Game gets a 1/10. Very disappointing way to start Mario's carrer on the Wii. Thankfully, this game would get overshadowed by better games that came out in 2007.

@Dogleader they are iconic quotes

That's pretty cool. I'm glad that we got an original 2d metroid after so long. It would help levitate the wait for prime 4. I will buy it someday. This e3 direct was a blast.

Scarface the world is yours 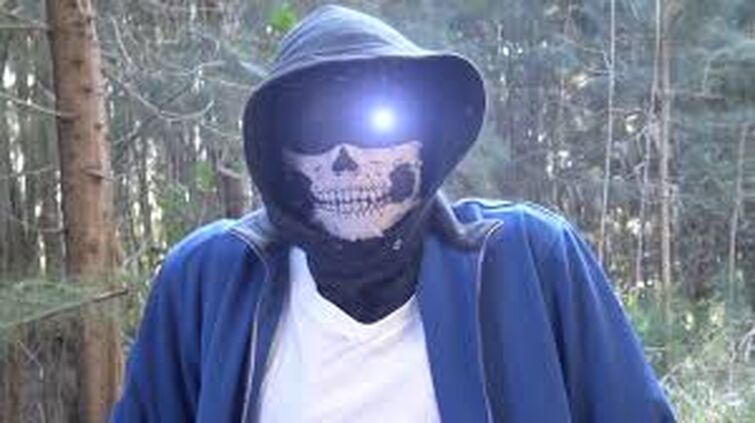 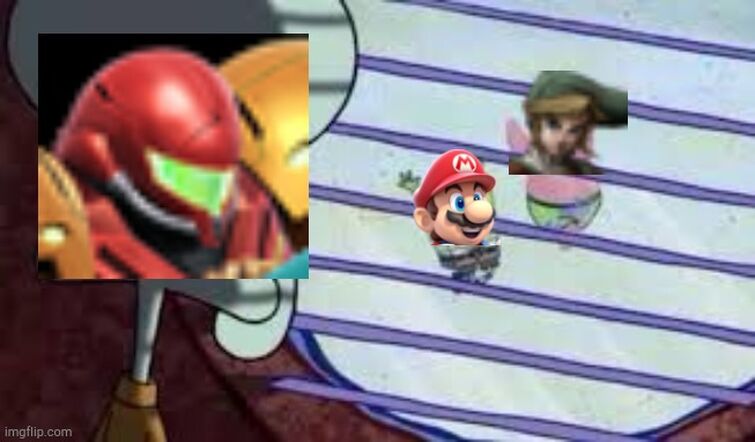 When i got the game i was expecting a good game. When i played it, it was like a fucking cruel prank. Every sport was either poorly programmed or very boring. Soccer is a disgrace to Mario Strikers it is so bad. The controls in soccer are so complicated, the A.I is so fucking smart i barely got any goals because the goalie is a piece of shit because he blocks every shot while my goalie is so fucking retarded he misses the easiest shots. Baseball is so broken i can't explain it that it has to be seen to be believed. Swinging is delayed and broken, i swear the ball goes through the bat every time i swing even when i perfectly do it. Also you have to do this fucking timing minigame to throw the ball. tennis is very dull and shallow just like it was in Ultra smash. Nothing is interesting here. Golf suffers the same fate as tennis. The game is a dick to you and gives you bogeys even though it was the winds fault. Horse racing is meh. The A.I does the classic rubber banding bullshit again. It seems they ran out of ideas when they got to this part. Overall, this game fucking sucks, do not fall for its malicious schemes